U.S. forces in Iraq have captured a leading terrorist. The man, Abu Abbas, already has been convicted in Italy of a notorious hijacking, but the United States may be interested in prosecuting him for the death of an American during that act of terror. The case, however, has many legal and diplomatic angles, and it may be a while before it is … END_OF_DOCUMENT_TOKEN_TO_BE_REPLACED

How, What, and to Whom to Teach Terrorism Studies - "Terrorism studies constitute one of the areas of academic work that have grown the most in the last two decades" writes Manuel R. Torres-Soriano.

How, What, and to Whom to Teach Terrorism Studies - European Eye on Radicalization

Manuel R. Torres-Soriano Terrorism studies constitute one of the areas of academic work that have grown the most in the last two decades. The attacks ...

New book: 'Horn, Sahel and Rift: Fault-lines of the African #Jihad ' - by Stig Jarle Hansen. Profiles the spread of Islamist groups in Africa, and the growing links between them to determine whether their objectives may one day extend beyond the continent. https://t.co/T1GRpHaF8T 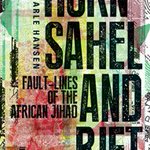 To date at least 20 British nationals, have travelled to Syria to fight #ISIS. Eight have lost their lives. This film follows the journeys of parents as they investigate why their children went to join the #Kurdish army in their fight against ISIS.

What motivated three young Britons to join the deadly fight against ISIS in Syria? | Aeon Videos

As of 2019, some 20 British nationals have left home to join the fight against ISIS in Syria. Eight have died in the process. What’s leading Bri...

The family networks behind the Sri Lanka bombings

Ties between and within families helped a small number of die-hard radicals plan the Easter bombings.