U.S. forces in Iraq have captured a leading terrorist. The man, Abu Abbas, already has been convicted in Italy of a notorious hijacking, but the United States may be interested in prosecuting him for the death of an American during that act of terror. The case, however, has many legal and diplomatic angles, and it may be a while before it is … END_OF_DOCUMENT_TOKEN_TO_BE_REPLACED

Online Jihadi Sympathizers and the Coronavirus Outbreak via @ispionline

In times of uncertainty, the Islamic State (IS) has consistently sought to offer local populations stability and present itself as a cohesive and just...

Religioscope - Salafists and antiquities trafficking in Syria. This report by Olivier Moos investigates how #Salafist groups conduct and manage the illegal #trafficking of #antiquities in #Syria, with a particular focus on #Idleb Governorate. https://t.co/0Ixha4y2Pj 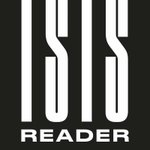 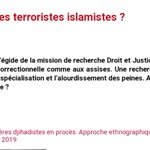